Panini Adrenalyn XL Premier League 2020-21 is a collection that contains a basic series of 360 trading cards, 18 for each of the twenty teams that make up the English first division, with a shield and line-up for each club. A special series of 8 Golden Baller (Golden Balls) and an invincible card with the best players in the Premier League are published. The collection is completed with the following series: Top Keeper, Defensive Rock, Game Breaker, Diamond, Lightning, Hero, Elite, Limited Edition, and the more complicated trading cards signed Limited Edition. 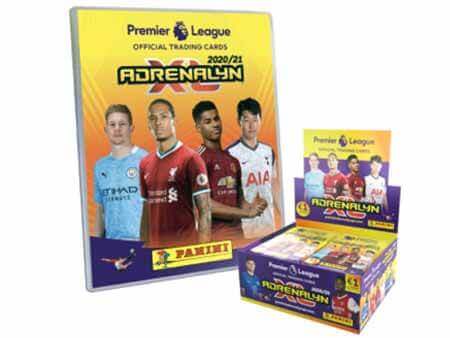 The first edition of the 2019-20 Panini Adrenalyn XL Premier League collection that has been published for the competition of the first division of the English Premier League. The basic series contains 360 trading cards, with 18 cards for each of the 20 Premier League teams, including a special Power Paring card from the best pairs from each club. The collection is completed with the following series: Hero, Awesome Foursome, Top Keeper, Diamond, Savage Silks, Game Breaker, Triple Threat, Elite and 4 Golden Baller and an Invincible Card. Also a Trophy Card and a Limited Edition series. 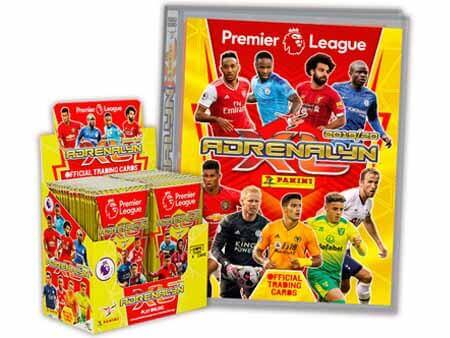